Extended Abstract
Introduction
Tourism has further expanded and has become a more powerful industry in the world, which
highly influences the economy of a country. Also, it is associated with several other sectors, such as advertising, endorsements, product placements, sponsorships, and commercial organizations. With the rapid changes of the twentieth century, tourism has now become one of the most important economic features among various societies. Cities are the most significant tourism destinations due to historical, cultural and shopping centers. Attendance of tourists in urban areas can contribute to the economic prosperity of a region, and this depends on several factors. One of the most important factors is the interaction between the host society and the tourists, which is named cultural intelligence, which affects the sense of loyalty of tourists for re-entry to tourism destinations. Cultural intelligence can lead to effective communication between the host society and tourists and will provide an important competitive advantage for the tourism industry in the region and also it can increase desire of tourist for re-visit of region. In addition, tourists’ loyalty is “a deeply held commitment to rebuy or re-patronize a preferred product/service consistently in the future thereby causing same repetitive brand or purchasing same brand set, despite situational influences and marketing efforts having the potential to cause switching behaviour.” Tourists’ loyalty also considers a vital feature for destination marketers, because it is connected to much desire with less cost, which includes keeping existing visitors rather than catching new ones. Due to its high potential and various monuments, Tabriz's city is considered one of the favorite destinations for domestic tourists. Among the monuments of Tabriz, the Tabriz grand bazaar, which UNESCO has registered, attracts an abundance of domestic tourists annually. The Bazaar of Tabriz is a historical market situated in the city center of it. It is one of the oldest bazaars in the Middle East and the largest covered bazaar in the world. So, it is important to study the cultural intelligence of Traders and shopkeepers of Tabriz bazaar and its impact on the loyalty of domestic tourists. 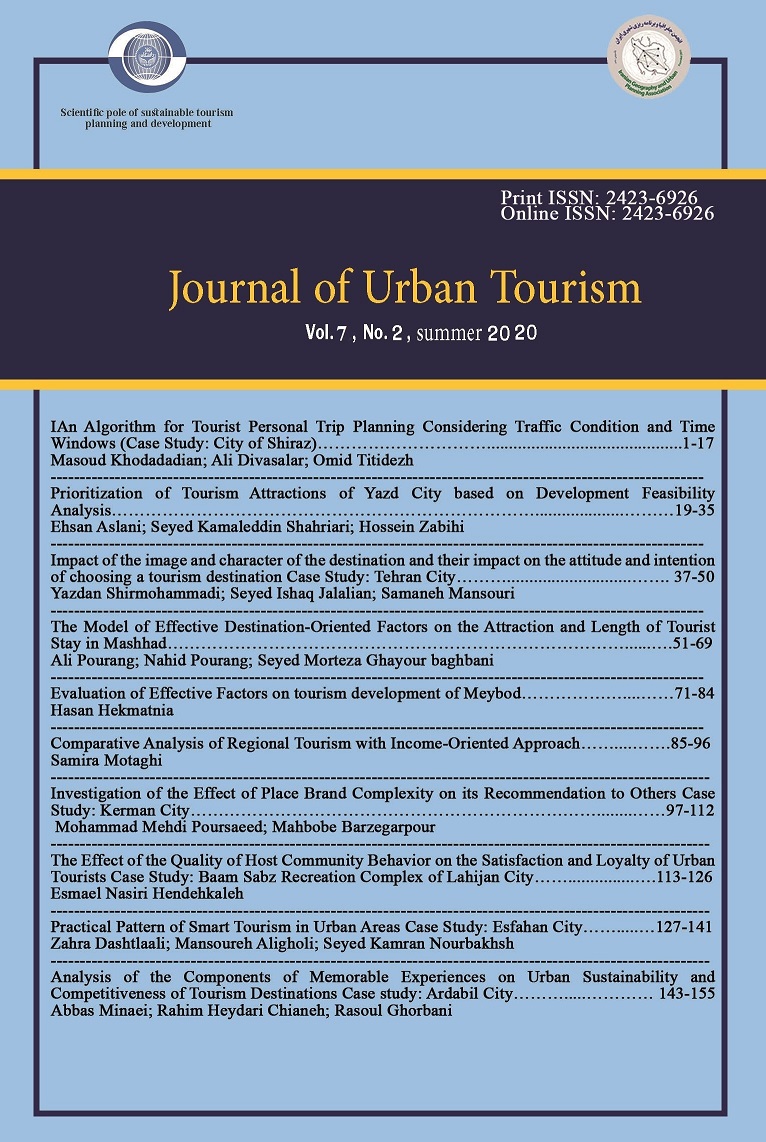